What a month. November saw the downfall of FTX and Musk announced Twitter's foray into payments. Let's get stuck in. 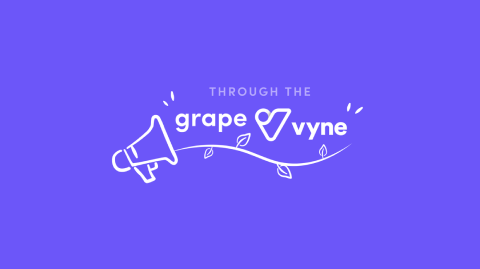 🎵Dianna Ross sang it best: I’m in the middle of a (crypto) chain reaction.

The collapse of FTX has rightfully hit the headlines but what actually happened and what does it mean for the crypto industry? Here’s a timeline of events.

So, now we’re all up to date. Why is this such a big news story?

There have been a number of crypto collapses in the past year, so why has the downfall of FTX grabbed so much attention? Partly due to their size. They were one of the biggest Crypto players in the market with a portfolio of 1.2m customers. Then, it’s the profile of the CEO, Backman-Fried, who with background in financial services and political connections, managed to secure investment from some of the most reputable and trustworthy investors across the globe whilst remaining an ally to the incumbent financial services and a voice for consumer protection.

What does this actually mean for the world of Cryptocurrency?

Chief Revenue Officer at Vyne, Luke Flomo shares his opinion: “It’s a big blow. But it’s not dead. The past few weeks and I’m sure moving into the next month will be turbulent but the Cryptocurrency market has so much potential and it’s made up predominantly of high-risk investors who stick things out and are in it for the long haul. But what has been impacted are the long standing relationships with the wider financial services, regulators and short term credibility.

As cryptocurrency becomes more embroiled in traditional financial services, a big worry is the impact any market shifts could have on wider financial stability. For now, it looks as though the markets have remained steady. But as more businesses enter into the world of Crypto, more due diligence is needed to ensure a stable market and protection reforms to ensure consumers and investors can access their funds quickly and easily, just like the reforms in the banking industry after 2008’s financial meltdown.

We’re already working with Cryptocurrency businesses who utilise Open Banking to provide this level of instant payments, allowing consumers to instantly withdraw funds, which can arrive in the consumers bank accounts in seconds.”

Does the Western world really want an AliPay equivalent? Enter Elon and Twitter.

During a live streamed meeting with Twitter advertisers Elon Musk this month announced his plans to propel Twitter into the payments arena. As founder of PayPal, which was successfully acquired by eBay for $1.5 billion in 2002, Elon has a wealth of experience in the payments industry. But what is Musk trying to achieve with Twitter’s foray into payments?

On the live stream Musk explained his initial plans for in-app payments on ‘paywall’ content - meaning users would pay content creators to view videos - and then scale this infrastructure to create a balance account from which they can send peer-to-peer payments to other Twitter users.

Mirroring the recent move from Apple which launched Savings Account for its cardholders, Elon dangled the idea of establishing bank accounts on Twitter with high-interest rates to attract users. He then added: ‘And then add debit cards, checks and whatnot and just basically make the system as useful as possible. And the more useful and entertaining it is, the more people will use it’.

Is Musk looking to achieve what PayPal has yet to… the WeChat or AliPay of the Western world?

An all encompassing app where consumers can create personal connections, chat, shop and make payments is something which is embedded into Chinese culture through WeChat and AliPay. With the rise of cardless payment methods across EMEA, LATAM and Australisia, Musk could be fighting a losing battle, as it becomes increasingly easy for people to make payments directly from their mobile banking app or without a card in sight, making the need for a social media payments mash up comes into question.

Co-founder and CEO at Vyne, Karl MacGregor shared his thoughts: “The success of WeChat and AliPay in the Asia-Pacific market is undeniable. But if we applied that model to EMEA, it would be like forcing a triangle into a circular hole. The complexity of payment cultures across the globe are so acute that a one-size-fits all social-payments-platform which Musk is alluding to will be incredibly difficult to achieve as more and more countries start to move away from card payments. Meta has already struggled to gain adoption of its Meta Pay solution on Facebook and Instagram. So, what makes Twitter any different?

Localising a single platform for different geographic payments is complex as it would rely on fewer card payments than ever before. For example, German consumers pay by open invoice, in the Netherlands and Poland bank transfers are the preferred method of payment. In the UK, Open Banking is gaining traction and is set to reach a Global Market worth $123.7bn by 2031 according to Allied Market Research. As a global platform, Twitter is at the risk of alienating whole countries of users by building a payment solution fit only for one market - the US.”

Interested in adding Open Banking powered account-to-account payments to your business? Get a demo!